DUI: Driving under the influence. DWI: Driving while impaired (intoxicated).

To many people, this may seem like driving after having any alcoholic beverage is grounds for a DUI. However, this is not the case. In the state of Nevada, a DUI is upheld by illegal BAC (blood alcohol concentration) percentage. This means, although you may have had a drink or two, it doesn’t necessarily mean you are guilty of a DUI. In Nevada, you must have a BAC of .08 or higher, in order to be deemed legally intoxicated. (NRS 484C.020) The arresting officer must prove probable cause in order to make the traffic stop. This could be a broken tail light, erratic driving, swerving or any other behavior the officer deems to be unconventional. If you are arrested on suspicion of driving under the influence, this is not just a traffic violation. It is a criminal offense. 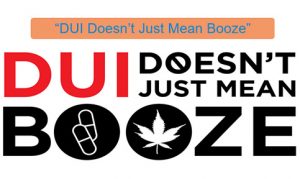 Many people often have the misconception that a DUI is limited to only alcohol. However, a DUI applies to any of the following drugs: amphetamines; cocaine; heroin; methamphetamine; Lysergic acid diethylamide; phencyclidine; and marijuana. (NRS 484C.110)

In Nevada, a field sobriety test is actually not mandatory. It is an optional test, which you are allowed to deny. However, failing to undergo a field sobriety test is grounds for probable cause, and the officer may administer a breath; blood; or urine sample; in order to determine the drivers state during the traffic stop.  In addition, in Nevada, when you receive a driver’s license, you give “implied consent”. What does this mean? This means, in Nevada if an officer asks for a breath, blood, or urine sample, you are obligated to do so.(NRS 484C.150, 484C.160)

If you have been arrested on suspicion of driving under the influence, you will want the best representation in Reno. Work Law will work closely with the prosecutor to determine what evidence has been brought forth against you. Upon review of the evidence, Work Law will weigh the options in order to receive the best plea deal possible, or take the case to trial if need be. Mathew Work will use his prior knowledge and expertise in criminal prosecution, to ensure you have exceptional criminal representation in your defense.

Convicted of a DUI or DWI?

If you’ve been charged with a DUI, you need a former criminal prosecutor in your corner. DUI laws are incredibly complex. You have options. Don’t face life-changing charges alone.